Techniques to maintain the efficacy of the Rabbit's Foot

A certain amount of upfront honesty benefits all of our lives; in certain circumstances, it pays to let the dog see the rabbit. In this part of the world, we have no dog in that fight, but we do want to ensure that no falcons see the rabbit. Wicked as some forces may be, they are sometimes deceptively simple; a little forethought and good planning can ensure that even when you cannot avoid them, you can lessen their potential impact. How so? Follow our guide below...

The caretaker and overseer of this year's possible malevolence is Pi Shi, sitting in the east. Regarded as the alter ego of Pi Xi, he hails from a family with a military tradition. His father, Pi Baozi, was a general who began as a courtier under the second Northern Wei emperor and then went on to serve in the military with distinction over the following four decades. We journeyed to the borderlands, where Pi Xi spent his career - initially under his father’s guidance and then in full command himself. We knew his career was spent quashing those who disagreed with the justice dispensed by the empire, and we wanted to see what the year had in store. He began with his name Xi, meaning happiness or felicity, which he says reflects his happiness to serve the court’s demands and the felicity of its policies. Stern but fair was how he wanted to be regarded, so we asked how to stay in his good books. Lord Pi suggested inviting him in before the lantern festival and treating him with healthy offerings such as incense, green tea, fruit and noodles, plus other suitable local devotional gifts. Make your wishes known with a clear heart and that will ensure a good start to the year. A similar thank you and goodbye ceremony, which takes place at home, can be held at the end of the year with incantations on both occasions. Lord Pi says he shall look kindly on this attention. 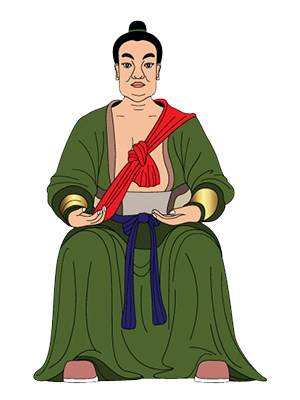 This year’s Year Breaker is located in the west. He is also watching for movement in his direct line of vision to the east, which will cause no end of trouble. What can be done? Consider the following two scenarios. Suppose your job is directly west of where you live - every day you will commute towards him and back. Or perhaps you have a project or other reason that requires you to travel directly west for some time before returning east. Both of these circumstances will attract unwanted attention, so if possible travel a little north or south first. That way, how you approach your destination will not be directly westerly and will thus fall outside his baleful purview.

Making itself comfortable in the west is the Three Killings. If you want your hackles up, then turn your back on this malevolent star. The Three Killings is said to bring loss of wealth, good name and a loved one. Like demons out to prove their mala fides, they rely on a certain degree of fear. Much of this can be overcome by facing it squarely. This year, sit in the east and face west with your comrades-in-arms, the three divine guardians kilin, pixiu and fu-dogs. Avoid disturbing the earth in the west and use the energy of the fire element to combat the forces there by placing a yellow (earth), black (water) and green (wood) object d’art with a candle or light (fire) in front. 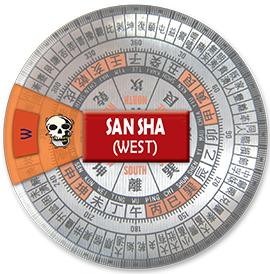 The calamitous Five Yellow is situated in the northwest. In case you are unsure what this troublesome actor can accomplish, dig out a thesaurus and while away the hours jotting down all the different words for disaster, injury, accident, pain and so on. This is not someone you want to invite over for a neighbourly cup of tea and a chat, so what is there to do? First, do not incite him; although he is earth, he loves a bit of fire, so nothing red or anything fire associated should be placed in this area, and nothing related to earth, which will also strengthen him. Then, dilute him with metal, such as a yellow string of Five-Emperor coins. If these are not available, put some clear and clean metal free of the colour red in the northwest instead.

Year of the Water Rabbit