Your guide to smooth whiskers in the Year of the Rat

One of the bread-and-butter activities of Feng Shui masters is apotropaism, or the prevention and warding off of ill spirits. Every year, the patterns of the universe throw up potential adverse energies - for our purposes we describe them as imaginary stars or heavenly bodies. The role of the Feng Shui master is to position your world in space, and then change its organisation appropriately throughout the year, so as to either completely counteract those bad energies or ameliorate them as much as possible.

It's been 59 years in the wilderness, but ladies and gentleman, please make welcome the troubling and protective homunculus, Lu Mi, a Ming dynasty official hailing from Kunshan in the days when it was vastly more important than Shanghai, but now ekes out a living as a small surburban train station. Those who wrote the histories portrayed him better as a civil official, unafraid of doing the right thing. So much so that people lined the roadside, lamenting at his funeral. So what’s in store as General Lu dons the Grand Duke’s robes and presides over the north this year? The Rat, Rabbit, Snake and Goat are the most affected. What to do? Don’t engage in construction in the north, as the Tai Sui has the ability to cause a lot of problems when disturbed; best to leave by another door if your building opens in that direction. The traditional birthday of the Tai Sui is the eighth of the first month, so get on down to your local Taoist establishment and say the necessary incantations. If you can't go in person, a set of Tai Sui placating items can be purchased for a reasonable price. 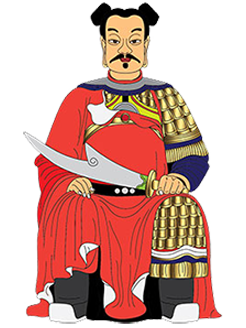 Always tracking opposite the Tai Sui, this year the Year Breaker camps out due south. The Two Black flying star, known for separations and illness, is also in residence. If your kitchen or bedroom doors open to the south, you’ll need to take extra care that emotions don’t get the better of you in the kitchen, leading to a flare up, and that passions in the bedroom stay with whom they are meant to. If you can’t move the entrance, then make sure that your bed does not have the head to the south, and that you have a gourd placed there. For the kitchen, lessen the amount of red and add some white jade.

South is where the Three Killings resides this year. To ensure your wealth is not adversely affected, guard against the nasties with sharp objects such as crystals and cacti. Toy transformers that children have grown out of should suffice if you can roughen up the edges. At home and work, take care to have valuables moved from this location and placed elsewhere. Be particularly vigilant around fire in the kitchen if it is located in the south - perhaps double your protection by installing a jagged fire-extinguisher, and keep it out of the reach of children. In colder months, sit facing the sun to prevent misadventure. 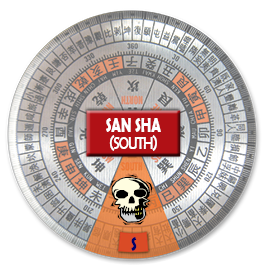 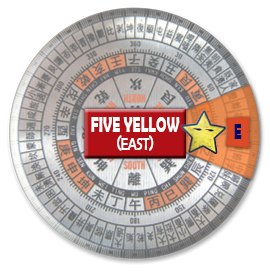 The menacing influences of the Five Yellow are many if seating or doors in your house, kitchen, bedroom or workplace occupy the east. In addition to not disturbing the eastern quarter with construction, don’t have anything yellow here - it is the colour of both earth and this star, and will only increase its power. Instead, place there a white carpet or floor covering as this will reduce its potency. Take care when travelling, especially if driving, and also make sure that you donate blood before the New Year so that clashes, which might involve shedding blood, are kept at bay.

Year of the Metal Rat