Each year malevolent energy rotates through the Feng Shui calendar in a variety of guises. This year the North-East and South are unfavourable. But help is at hand. If your house or desk faces these directions, assemble the pixiu, qilin and temple lions!

Every year the Tai Sui is manifested through one of the 60 generals or other figures from  the Taoist pantheon. This year it is no less than Guan Zhong (管仲) whose reputed dates are 725BC-645BC. A close reading of the classics reveals he is only moonlighting as the Grand Duke of Malice, having spent most of the historical record as the patron saint of Overthrowing Rightful Despotic Rulers. The only instance of this happening in Chinese history took place in the eastern state of Qi during the Warring States Period when the Tian family dispensed with the rulers but did not change the name of the state. Into their service in this endeavour they pressed Guan Zhong. So if you’re a rightful autocratic and despotic ruler, of either a state or just your living room, you’ll want to be ameliorating Guan Zhong’s predilection for placing principle above power. Oh, he’s camped out in South-West 3 this year, and since he hates earthworks, expect further delays to the Hong Kong-Zhuhai-Macau bridge.

This year the star is in the North-East, with the Five Yellows in the same direction and the Tai Sui opposite. It’s yet another dangerous year to go to sleep in case you should end up in one of those directions. Monkey’s headband was not just so that the monk Tripitaka could control him, it also made him sleep in auspicious directions. 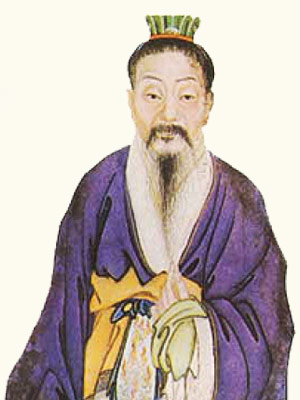 This year you’ll find the Robbery, Disaster and Yearly Killings leaping in through the South, from 142.5° to 217.5°, so it’s good to avoid doors in that direction (Puyi, that lucky monkey, has left the Forbidden City and is safe), and if you can’t avoid doors, then close them quietly. You should also sit facing south and have pairs of fu-dogs, qilins and piyaos at the door. Even if they don’t stop the bad luck, you’ll probably get a cameo appearance the next time they shoot Noah’s Ark. 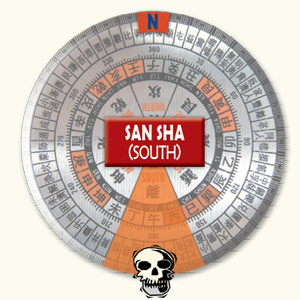 Five Yellows is in the North-East. If you have a telescope handy, train it between 22.5° and 67.5° and you’ll see them heading our way. Most experts advise the full frontal response. Tigers and Oxen will find the combination of the earth element with the Wu Wang distressing as Earth is its native element. 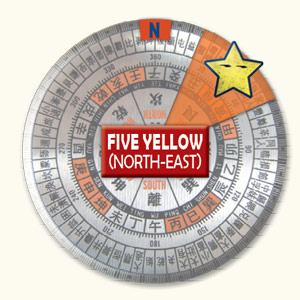